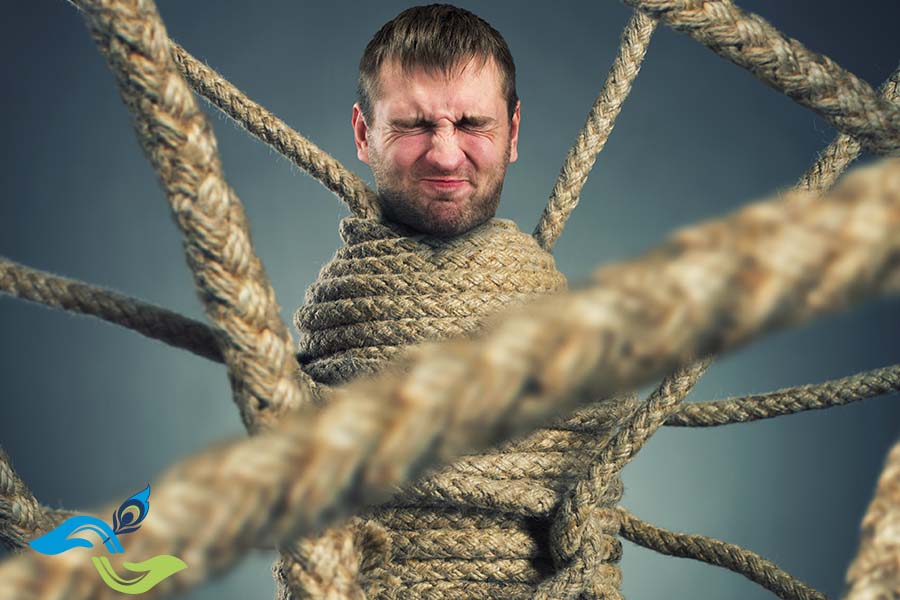 Growing up, I never missed watching the Miss Universe competition aired on television. But there was something about it that intrigued me year after year: the runner-up never lost poise, even though she had the hardest time of all the participants – coming so close to the coveted crown, but yet having to let-go of it.

I never watched the contest after 2004, which was the year I joined the monastery.  The next I heard of it was in 2015. A mess-up in the pageant had made big news that year. The runner-up Ariadna Gutierrez of Colombia, I came to know, had lost her poise after having lost the title. Tearful, her mascara drenched her makeup, she had to be tended to by fellow participants, and the media couldn’t stop sympathizing with her for days on end.  The reason? Towards the end of the competition, as 10 million watched on live television with waited breaths, Ariadna was mistakenly declared the winner by host Steven Harvey; the crown was placed on her; and 2-odd minutes later, as Ariadna was celebrating on stage, Harvey returned and corrected himself: Pia Alonzo Wurtzbach of the Philippines had actually won and Ariadna Gutierrez was the first runner-up. The crown was taken off Ariadna and placed on Pia.

Ariadna, unlike the runners-up of yesteryears, failed to hide her misery beneath an equipoised façade. Letting-go was excruciating to her. But why? Because during that short span, as the crown adorned her head, something had transpired inside of her heart: her desire for the title changed from being a want into a need.

Needs are gluey, and could turn gruesome

“Wants and Needs” is a topic I love to broach during the seminars I conduct. I begin by asking my audience what their needs are. What are the necessities of their life? What do they feel are the bare minimum required for their well-being? Among the responses, food, shelter and clothing are usually the frontrunners. Good health and relationships follow slowly behind. Beyond that, hardly anything comes by. As such, it’s hard to solicit responses from Indians who tend to be shy in public forums; and on top, their discomfiture in expressing their fancier needs to a renounced monk!

My next question vaults their embarrassment to the next level – “What are your wants? Once your list of needs is tended to, what’s more on your wish-list?” As expected, blank looks stare me in the face. Then some, the bolder of the lot, sheepishly reveal – a fancy car, a high-end residence, an expensive gadget, and so on.

“Where do the internet and smartphones belong? Do you count them as wants or as needs?” is my next query. The majority are honest. “Needs,” they admit.

“But was that the case a few years ago? Back then, was the internet or the smartphone a necessity?”

“No. They weren’t necessities back then. But now they are.”

“They were your wants at one point. But now they have become your needs. Wants transform into needs. The wants of today become the needs of tomorrow,” I conclude.

If plentiful wants are occupying your wish-list, you should be worried. Because once a want evolves – rather devolves – into a need, it gets harder to let-go of it, as had happened in Ariadna’s story.

The fallout of the 2015 Miss Universe fiasco, however, was relatively harmless, as compared to what happened at Theranos – when its CEO’s want devolved into a need.

Elizabeth Holmes launched her entrepreneurial journey wanting to revolutionize the medical industry. Her idea was to have a drop of blood pricked-off the fingertip speak volumes about the person’s health, much more than a syringe-full of the blood sample – painfully sucked-off the person’s shoulder – ever could. Revolutionary paradigm indeed! And soon it was the talk of the town at Silicon Valley. Elizabeth’s charisma fueled her fiery idea, and her startup engulfed funding in the millions. And then in the billions. Theranos’s rise was meteoric.

The story so far – so good. But then something happened.

Elizabeth went from being a positive role model to a negative, when from wanting to change the medical industry, she devolved to an obsessive state wherein she needed to do it. Didn’t matter that Theranos’s technology had reached nowhere close to realizing her dreamy idea of a pinprick diagnosis, she scaled up the production of her flawed machines and placed them in shopping malls across the United States. Patients lined up there for blood tests, unaware that the results would be accurate only if they were lucky enough. It was a full-blown scandal, and when finally exposed, Theranos came crashing down from being a $10 billion industry to nothingness. Lawsuits were hurled against Elizabeth, and those cases continue to haunt the courts.

Such stories are commonplace in the corporate space, albeit all aren’t as grisly:

I know a CEO who saw his company grow ten-fold in six years. Witnessing that kind of extraordinary growth subconsciously became his need. Now he heads another corporation that’s also as great, but isn’t as expansive – and so he finds himself always out of sorts, miserable to be precise. Another person I know was a COO whose company got sold-off. While looking for another job he couldn’t settle for any role lower than a COO, and the market couldn’t fulfill that need of his. He quit the industry, and now practices astrology. A third person I know made one crore rupees in a single day in the share market. That became his need, and has been tirelessly trying to replay that blessed day ever since. But in the process has lost three crores in trading.

Needs maybe unlimited, but time and resources are limited

Wants transforming into needs and then getting gluey – and at times gruesome – is just half the story. Here’s the other part: these newly formed needs compete with our already existing needs – the more basic and important ones – for time and resources. Take for instance our newly found need for whiling away time on the smartphone. Isn’t that stealing away from our relationships in real life? That’s just one among a bevy of needs that the gadget is thieving from.

A word is in order here about the maxim ‘it’s lonely at the top’. This is how I interpret it – the flamboyant need for success overcasts the fundamental need for connection. People at the top, in their desperation to stay there, don’t find the quality time to ‘climb down’ – to meet family and friends, for socializing, or just for holidaying. Then, unable to handle all that stress alone, at times they jump down – literally! Perhaps an example would be V G Siddharth, the founder of Café Coffee Day, who committed suicide by plunging into the river Netravathi. He had opened a chain of outlets across the globe for people to share hearts over a coffee break. But as someone pointed out – maybe he himself hadn’t found the time to visit one of those cafes to bare out his stressed heart to a confidant.

An old Indian fable dramatizes this interplay between wants and needs: One crispy morning, a king felt so charitable that he walked up to his faithful sentry stationed at the palace gate and said, “Run from here as far as you can, as fast as you can. From here till where you reach, all that land will be yours. But you need to return to this exact same spot by sunset. Failing which, you lose all that land that you otherwise stand to gain.” Elated, the sentry galloped, but kept in mind that the return sprint had to commence by noon for him to comfortably be back on time.

He covered mile after mile of beautiful landscape, all of which would soon be his! But then, as the clock ticked 12, his greed nudged him to keep running ahead. He succumbed to it, as is the human instinct. Even if he went a little ahead, he reasoned, he could always make-up for the lost time by sprinting back faster on the return run.

Little by little he went farther and farther, deceived by his mind. Finally, when he decided to turn back, he was too late and too tired.

Now he needed to run back as much distance as he had wanted to acquire. And if he failed, all his labor would be meaningless.

Life for us poses the same puzzle as for that sentry. Far as we may go, wanting to achieve more, at the end of the day we need to return to the same places that bring us happiness – health, love, relationships, family, friendship, and belonging. But the return path will be longer to the extent we go farther. During the onward journey, we may have wanted to cover more distance, but during the return trip, we need to trudge back the same stretch. In other words, those wants that we ourselves pursued have now transformed into needs, which have to be dealt with first, before we can tend to our more basic necessities.

Like that sentry, human instinct is to go so far and for so long – wanting more – that returning seems impossible.

So the Gita warns us against wants.

A person who is not disturbed by the incessant flow of wants – that enter like rivers into the ocean, which is ever being filled but is always still – can alone achieve peace, and not the person who strives to satisfy such wants. (Bhagavad Gita 2.70)

The more the wants, the harder it is to let-go

With each want that devolves into a need, a new identity gets piled atop your already existing heap of material identities. For instance, while Ariadna’s desire for the title changed from being a want into a need, inside of her emerged the new identity of being the Miss Universe; while Elizabeth’s passion to change the medical industry transformed from being a want into need, inside of her was born the new identity of being a wunderkind of silicon valley. Therefore, the more your wants transform into needs, the more your material identities increase, making letting-go a more frequent challenge to deal with.

Aggressively pursuing wants while simultaneously learning to let-go through spirituality is like pressing on the accelerator while pushing on the brakes, or like fueling the fire while pouring water on it. Therefore, in the second chapter of Bhagavad Gita, Sri Krishna after briefing Arjuna on the topic of yoga, broaches upon yama, the ‘restraint’ on the yogic path that beginners should adhere to. In order to make any tangible progress, neophytes should be wary of wants.

Those too attached to fulfilling wants are at odds with the spiritual path (Bhagavad Gita 2.44).

And to equip novices in nipping those wants in the bud, the Gita explains where from they originate.

While contemplating the objects of the senses, a person develops a longing for them, and from such longings wants originate… (Bhagavad Gita 2.62)

As a strong wind sweeps away a boat on the water, even one of the roaming senses on which the mind focuses can carry away a person’s intelligence (into the muddy pool of wants). (Bhagavad Gita 2.67)

Therefore, O mighty-armed, one whose senses are restrained from their objects is certainly of steady intelligence. (Bhagavad Gita 2.68)