4 Relationship Advises you can Derive from the Facebook-Crisis 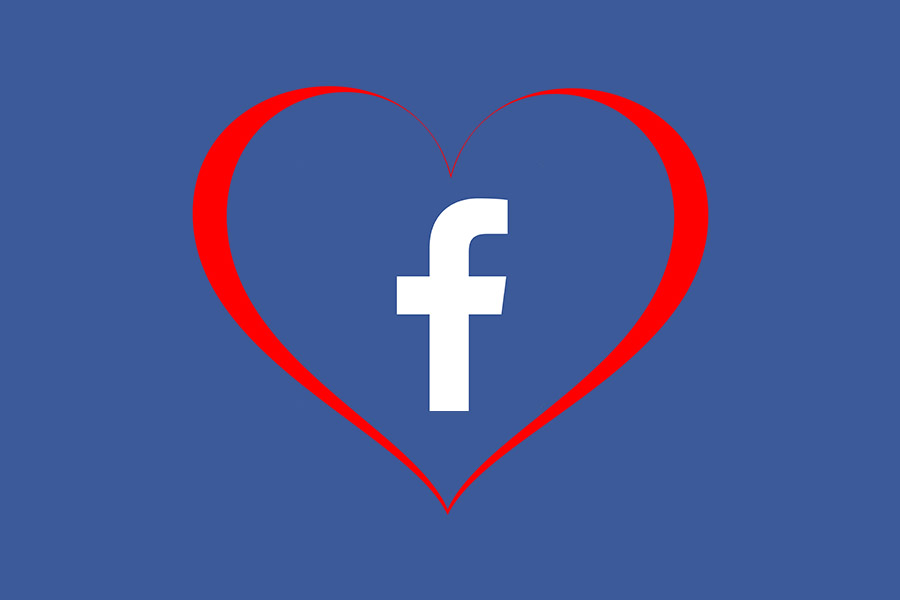 4 Relationship Advises you can Derive from the Facebook-Crisis

|
August 8, 2018 |
7:33 am |
0
On 26 July 2018, Facebook lost $120 billion in market value, the biggest ever one-day loss by a company in American history. Stocks plummeted when the social media giant warned investors that the company’s revenue growth would lower in the near future owing to an increase in its expenditure: Facebook planned “to invest heavily in security and privacy” – to win back its users.
The Facebook-chronicle is akin to a romantic tale: how billions of people fell in love with a social networking site, how the relationship staggered with the passage of time, and how the website is now desperate to bury the hatchet, even at the cost of billions of dollars. Whether or not this relationship will last, or how long it will last, I don’t know; perhaps nobody knows. But one thing is for sure: a lot can be learnt about the science of relationships from this saga-of-love-extraordinaire.

1. Forge a relationship through love-expansion

In the spring of 1999, as a freshman at IIT Bombay, early every morning I walked through a lonely campus road from my hostel to the meditation center. And on my way, almost everyday, I spotted another student as he made his way back from the computer center after a night out. He was a senior by the name Kashyap, a sparky handsome young man with a narrow face and straight hair. Often we glanced at each other, but we never talked, never even exchanged smiles.
I shifted to another hostel in my sophomore year. My morning routine remained unchanged, but I now took a different road to the meditation centre. I never again came across Kashyap – until after 15 years.
By 2014, I had spent 10 years in the monastery, and Facebook 10 years on the internet. One sunny afternoon I gave this social networking site – which by then had already grown to ubiquity – a try. Within days, I fell in love with it. It connected me with friends from primary school, high school, and university, whom I hadn’t seen, not even heard of for decades.
Then one day Facebook popped up a friend-suggestion for me: ‘Kashyap Deorah’. Same Kashyap! Without missing a beat, I messaged him, “I am from the 98 batch of IITB….At around 6 a.m we were among the few humans on campus to be awake….”. He replied, “Thanks for the touching note….” For the first time we were talking to each other, and yet we felt so close.  Facebook had transformed what sociologists call a “weak tie” – a casual social connection – into a “strong tie” – an intimate bond.  Strengthening a weak connection is simpler than building a new one, and with Facebook it got easier still.
Even the strong ties from my past – my friends from primary school, high school  and university – had waned into weak ties due to physical separation, until Facebook nourished these connections back to strength.
The nature of love is it likes to expand unlimitedly; our heart yearns for more and more strong ties, through existing relationships, and also through fresh ones. This heart’s longing was satisfied by Facebook – not just for me but for billions – and so we all inadvertently fell in love with this social networking site. Effectively, this is what happened: Facebook forged its relationship with its user base by helping them expand their love.
Upon closer examination, this idea of ‘forging a relationship through love-expansion'(let’s call it FReLE), though revolutionary, is nothing new. Here’s a commonest example from everyday life: when a woman gives birth to a child, she expands her husband’s circle of love; and in doing so she inadvertently deepens her own connection with him. Objectively speaking, if she happens to be from the United States, she lessens the chances of a divorce by 40%.
Speaking more on divorce rates, the ancient Indians had it as low as it can be – 0% – and FReLE was one of the factors that made their marriages successful. (Now, nobody is suggesting that we drop everything and adopt old ways. That’s impractical, maybe impossible. But by exploring these ancient cultures, we gain wisdom that’s timeless.)
Firstly, in ancient India people married within the same community. So when a man married a woman, through that relationship he made several strong family ties – almost effortlessly – because the kinship was built upon already existing weak community ties. It was similar to me linking with Facebook and then strongly connecting – almost instantly – with acquaintances like Kashyap.
Secondly, in ancient India married couples became part of large joint families. So for the woman,  a marriage provided several  accessible strong ties. It was like me connecting with Facebook, and then gaining ready accessibility to many close friends.
Built on the same idea of FReLE as Facebook, these marriages forged a deep bond between the husband and wife.
To get a psychological understanding of how FReLE catalyses strong bonding, let’s briefly explore the concept of “transactive memory” developed by the University of Virginia psychologist Daniel Wegner. In his bestseller ‘The Tipping Point’, author Malcolm Gladwell explains the concept:

….when people know each other well, they create an implicit joint memory system – a transactive memory system – which is based on the understanding about who is best suited to remember what kinds of things……In a family, this process of memory sharing is even more pronounced. Most of us remember, at one time, only a fraction of the day-to-day details and histories of our family life. But we know, implicitly, where to go to find the answers to our questions – whether it is upto our spouse to remember where we put our keys or our thirteen-year-old to find out how to work the computer or our mother to find out details of our childhood. Perhaps more important, when new information arises, we know who should have responsibility for storing it…..Why bother remembering how to install a software if your son, close at hand, can do it for you? Since mental energy is limited, we concentrate on what we do best.

It makes sense to extend this concept of “transactive memory” even to emotions. And when we do that, this is what we get: to compensate for our emotional limitations in any relationship, we can – and should – rely on our other strong ties.
For an example, let’s visit a joint family in traditional India. The husband may not have the necessary bandwidth to satisfy all the emotional needs of his wife. So, when the wife gets fiery, his super-cool sister-in-law handles the situation; when the wife is sulky,  the wise grandmother comes to help; and when the wife is bored, his loquacious mother come handy. Regardless of who comes to his rescue, the husband, being the intermediate link,  inadvertently reaps spousal benefits. This’s how emotion-sharing underpins the idea of ‘forging a relationship through love expansion’.
We often have the notion that building a relationship is all about schmoozing in seclusion. But FReLE tells us that a relationship also behaves like a social animal that flourishes in an atmosphere of shared love.

2. Freshen a relationship through love-space

One day on Facebook I got to watch ‘Tom & Jerry’, my favourite childhood cartoon. It wasn’t posted by any of my friends or any page that I had liked. Ostensibly, the video had scrolled up in my newsfeed because it was “popular across Facebook”.
The next time I logged in, I got to watch two more ‘Tom and Jerry’ episodes; then three; then four….until ‘Tom & Jerry’ started appearing after alternative posts, whenever I logged in. Oof! I quit Facebook.
In the world of gambling they say that every gambler has a “pain point” – the amount of losses that will sufficiently frighten her so that she leaves the casino for an extended period of time. Along the same lines, I say that every Facebook user has a “pain point”, when he quits – at least temporarily – fearing that he is on the verge of a Facebook addiction.
Here’s the irony: there are a thousand people on the other side of the screen whose job is to keep users hooked, and often times that’s exactly the reason why users quit.
In relationships, we sometimes secretly desire that the other person gets ‘addicted’ to us. And so we behave in ways that could actually have the opposite effect – of turning them off. After all, who likes to lose their freedom! So avoid excessive phone calls or messages, and avoid overindulgence. Grant the other person his or her legitimate space.
The ancient Indians restricted free mixing of even married couples, especially in a joint family set-up. This cultural wall between the husband and wife automatically created a healthy-space that did more than keep the relationship from turning sour. It freshened the mutual love by piquing the anticipation of a union.

3. Deepen a relationship through loving-service

Facebook-Cambridge Analytica data scandal of 2015 marked the lowest point in Facebook’s relationship with its user base. In the words of its own Founder and CEO Mark Zuckerberg, it was a “breach of trust” by Facebook.
Trust is lost in a relationship when exploitative tendencies lurk beneath the garb of love; trust is built when a service attitude permeates a relationship through and through.

4. Immortalise a relationship through love-spiritual

Facebook has learnt from its mistakes, hopefully. Presumably, it’s spending billions to make its tie-up with the user base an enduring one. But how does the company ensure new policies and changes are working in the right direction? The answer isn’t as simple as you may think. In his book ‘Everybody Lies’, Seth Stephens-Davidowitz points out:

The company (Facebook) has tons of data on how people use the site. It’s easy to see whether a particular News Feed story was liked, clicked on, commented on, or shared. But…..not one of these is a perfect proxy for more important questions: What was the experience of using the site like? Did the story connect the user with her friends? Did it inform her about the world? Did it make her laugh?

In other words, the external indicators – the number of likes, shares, clicks and comments – don’t necessarily contribute towards an enduring bond between Facebook and its users. “Facebook employs social psychologists, anthropologists, and sociologists precisely to find what the numbers miss,” tells Seth.
We too probably realise that external factors – how good our looks are, how good we are at sex, etc. – don’t contribute substantially to long-term relations. So we probably turn to marriage counsellors or relationship experts.
Whom did the ancient Indians turn to that made them champions in long-term relationships? They turned to the Vedas. The Vedic culture of ancient India was predicated on two principles – acceptance and aspiration: acceptance of the impermanence and imperfections of material life, and the aspiration for the permanent and perfect spiritual life. These principles played out even in relationships. So in a marriage when romantic pleasures faded out with time, the couple accepted the change nonchalantly. They compensated by intensifying their combined spiritual quest, and experienced soul-to-soul bonding on the spiritual plane.
Without this acceptance of the material and aspiration for the spiritual, relations and hearts break, unable to bear the load of mundane expectations. The following quote by American actress Marilyn Monroe, though extreme, aptly represents such a  broken heart.

I’m a failure as a woman. My men expect so much of me, because of the image they’ve made of me – and that I’ve made of myself – as a sex symbol. They expect bells to ring and whistles to whistle, but my anatomy is the same as any other woman’s and I can’t live up to it.

In conclusion, perhaps it’s time to accept Facebook for what it is – just another social networking site that’s making business by trying its best to give a good experience to its users. The more we expect perfection from it, the more likely that we’ll quit it.

Enjoyed this Reflection? We mail-out whenever they are published.