Let Go – Neither too early, nor too late 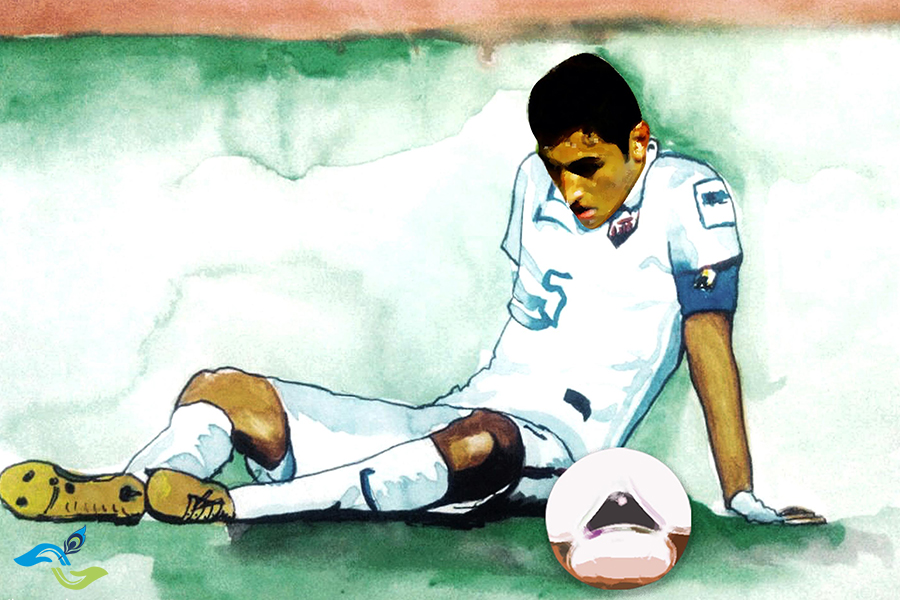 Let Go – Neither too early, nor too late

“Congratulation Sri Lanka, we’re sorry.” This grammatically incorrect sentence solaced millions of cricket lovers across India on 13 March 1996. That evening at the Eden Gardens stadium in Kolkata, spectators supporting the Indian cricket team had shamefully rioted and disrupted the match when their side was on the brink of defeat against the Sri Lankans in the semi finals of the world cup tournament. Match referee Clive Lloyd, after a failed attempt at calming the crowds, had awarded the match to Sri Lanka. From the decks, a lone Indian soul had braved to display a placard with the aforementioned words of true sportsmanship – rightfully congratulating the Lankans and apologizing for all the misconduct happening around.

The mishap at Eden Gardens, for the most part, can be considered a one-off. Most people do know intuitively when and how to let-go in sports – though they often struggle with the same in other aspects of life.

For instance, software genius Avie Tevanian, the famed developer at Apple, had a tough time letting-go of his rights at a health technology corporation called Theranos.

Avie’s stint with Theranos had begun with his investment of $ 1.5 million in shares and joining the company’s board as director. He had met the CEO and co-founder Elizabeth Holmes, who had come across to him as an upbeat, passionate, and promising young entrepreneur. Elizabeth also seemed to be fascinated by Avie because of his old and close association with Steve Jobs.

But before long, the relationship soured. Once on board, Avie was quick to notice Elizabeth’s inability to deliver anything beyond dreamy promises. Under her leadership the company seemed to head nowhere. On top, she was keen on cementing her veto power in the corporation, something that Avie thought would go against the company’s interests and that of the shareholders’. He objected. And Elizabeth pushed back.

Through the board’s chairman, Elizabeth conveyed to Avie her displeasure and proposed that he resign. At first he was taken aback: why was he restricted from doing his duty as a responsible board member? Then he paused and thought it over. He wasn’t interested in conflict, and so agreed to quit the board. But before Avie could ease himself out, came in the next shocker – Elizabeth wanted him to sign a waiver:

The de facto co-founder of the startup Shaunak Roy had decided to call it quits and his shares were up for grabs. Elizabeth, sprinting into action, had firstly influenced the board to waive the company’s rights to acquire those shares; then she had promptly negotiated a sweetheart deal with Roy for acquiring all of that stock personally. Now for her scheme to reach the finish line, Avie was asked to sign a waiver waiving off his own rights to acquire the pro-rata portion of Sahunak’s shares he was entitled to as a shareholder. This time though, Avie was reluctant to let-go.

Matters began to escalate when Theranos’s general counsel accused Avie of public disparagement of the company and threatened him of legal consequences, him failing to sign the waiver. Avie could neither make sense of the false accusations, nor of the unlawful lawsuit.

Unsure what to do, he contacted a friend who was a lawyer. After hearing Avie out, the friend asked a question that helped Avie put the situation in perspective: “Given everything you know about this company, do you really want to own more of it?” When Avie thought about it, the answer was ‘no’.

Having served on the Theranos board and having been its bigtime shareholder, Avie had grown to identify himself with the company. Unthinkingly, he was trying to defend that identity – and even deepen it – by buying more of its shares. His friend had now shaken him from that stupor. Under Elizabeth’s leadership Theranos was clearly headed to doom – and so it no longer made sense to identify himself with it. To let-go was clearly the way forward. And that meant not buying those shares, let alone vying for them.

When we realize an identity to be of no consequence in the long-run, adapting a detached perspective is easier, making letting-go a lesser ordeal. That’s why to let-go in sports feels effortless, because the identities we assume there, we acknowledge them to be temporary. For instance, I identify myself with the Indian team as I watch a cricket match between India and Sri Lanka, but quietly I understand its irrelevance beyond the spell of the game. On the other hand, because I perceive my identity of being a monk as enduring, it becomes hard to maintain a sense of detachment in the face of ups and downs of monastic life.

But give it a second thought, and you will conclude that no identity in this world is of any consequence in the long-term. Beyond the quirks of our perception, every identity is temporary no matter how permanent we imagine it to be. A century from now will I identify myself as a monk? Will I identify myself with this present body of mine? Will any of my ‘permanent’ identities last?

This awareness of the impermanence of identities and the sense of detachment it evokes, in no way implies that we let-go indiscriminately. Even in sports, a game is thrilling to the extent the players play positively and their cheerers cheer them hope-fully till the very end. Letting-go is more of a subtle art that involves not just the principle of letting-go, but also the detail of when you let go – neither doing it too early nor too late.

When to let-go and when to hold-on?

Even our ability to see the borderline between holding-on and letting-go is enhanced when we view the situation from a place of detachment. For instance, spectators outside of the Eden Gardens stadium, because they watched the match from far away – from the sobriety of their homes – had a more detached perspective than those inside, and so could make-out the borderline between holding-on and letting-go more clearly. Likewise, Avie Tavanian’s lawyer friend, because he had no stakes in Theranos and held no positions there, had a more detached perspective than Avie. Therefore he saw that borderline more clearly, and pointed it out to Avie.

On the battlefield of Kurukshetra when Arjuna was reluctant to fight, finding it hard to let-go of his relationships with his grandfather, guru, friend, uncle, and so on, Sri Krishna, hoping to evoke a sense of detachment in his dear friend, pointed out the impermanence of these relations. None of these relationships and the identities born of them were of any consequence in the face of eternity. Why? Because they were all based on the perishable material body.

Considering your specific duty as a warrior, you should know that there is no better engagement for you than fighting for the right cause; and so there is no need for hesitation. (Bhagavad Gita 2.31)

The only thing permanent is the soul within the body. Bringing to mind that the souls of his so-called relatives and friends would be deathless even if he laid them dead, could go a long way in quelling Arjuna’s reluctance to kill them.

That which pervades the entire body (the soul) you should know to be indestructible. No one is able to destroy that imperishable soul. (Bhagavad Gita 2.17)

How can a person who knows that the soul is indestructible, eternal, unborn and immutable kill anyone or cause anyone to kill? (Bhagavad Gita 2.21)

These arguments are convincing — intellectually — but there’s more to decision making than intellectual understanding. For Arjuna to factually take the right step, he had to feel in his bones that sense of detachment from material bodily identifications.

“Emotion is the force of life,” says life coach Tony Robbins. And according to bestselling author Mark Manson, “Ultimately, we are moved to action only by emotion.” If that weren’t true, companies would save millions in advertising budget by having nerds from their research labs read out in scientific jargon the distinguishing features of their products on television. Instead, they hire flashy movie stars and fervent sports stars who are paid for brandishing the product while dancing and dashing all across the screen, without saying a thing about the product itself. Maybe we will be loath to acknowledge this, but the reality remains that most of our decisions are irrational, and pushed by emotions. This holds true even when it comes to letting-go of identities. Don’t forget that the ego’s defense team has the mann or the mind in addition to the buddhi or intelligence. You need to tackle emotions to effectively let go, and that’s arguably the hardest part.

Letting go is easier when you have something better and bigger — emotionally — to lug on to. Take for instance, Avie Tevanian. At the time when his lawyer friend talked him into introspection, his personal balance sheet was bigger than Theronos’s – thanks to the money he had made at Apple earlier. Without that big bank balance, how detached a stance could he have taken on Theranos despite knowing its inside story? The answer would be anyone’s guess. Another example is of Mohammad Azharadduin, the captain of the Indian cricket team that was crushed by the Lankans in the 1996 world cup semifinals. Allegedly, just two days after the match, Azhar was spotted exchanging love with model Sangeeta Bijalani in the misty gardens of Kodaikanal, a far cry from the mayhem at Eden Gardens. Without this bigtime romance blossoming in his life, how long would Azhar take to get over the muddy pools of the world cup loss? Again, that’s anyone’s guess.

Cricket legend Sachin Tendulkar, for instance, in the first chapter of his autobiography Playing It My Way quotes his father’s words that equipped him to handle successes: “Do not allow success to breed arrogance in you. If you remain humble, people will give you love and respect even after you have finished with the game. As a parent, I would be happier hearing people say, ‘Sachin is a good human being’ than ‘Sachin is a greater cricketer’ any day.”

By attaching himself to the identity of being a good human being — which is emotionally more appealing — Sachin could keep career successes from getting into his head.

Yoga – the science of realizing your higher spiritual emotions

On the battlefield of Kurukshetra, when Krishna figured out that Arjuna was unable to let go of his material relationships because it was emotionally too painful, he introduced Arjuna to the process of Yoga. Yoga, which literally means “the science of reconnecting with the Divine,” is all about experiencing higher supramundane emotions by realizing our spiritual identity. That in turn helps us transcend mundane emotions, and let-go of material identities with ease.

For one thus internally satisfied, the miseries of life (that results from our inability to let-go) no longer exist; in such satisfied consciousness, one’s intelligence is soon well established and one is able to see things with proper perspective. (Bhagavad Gita 2.65)

O Arjuna, performing duty with equanimity is Yoga. Yoga helps you get over the fleeting material emotions that result from success or failure. (Bhagavad Gita 2.48)

One who is undisturbed even amidst miseries and is sober in happiness, and who is free from attachment, fear and anger, is called a sage of steady mind. (Bhagavad Gita 2.56)

In this world, one who is unaffected by whatever good or evil one may obtain, neither praising it nor despising it, is firmly fixed in perfect consciousness. (Bhagavad Gita 2.57)

While jnana, transcendental knowledge of the soul, opens the door of spirituality – intellectually – yoga is all about entering through those doors – emotionally — by realizing your blissful spiritual nature. While jnana maneuvers your head out of the identity-hangovers of transient material life, yoga allows your heart to move ahead, leaving it all behind. And having mastered the subtle art of letting-go, life, with all its moments of cheers and sorrows – becomes as thrilling as watching a cricket match.