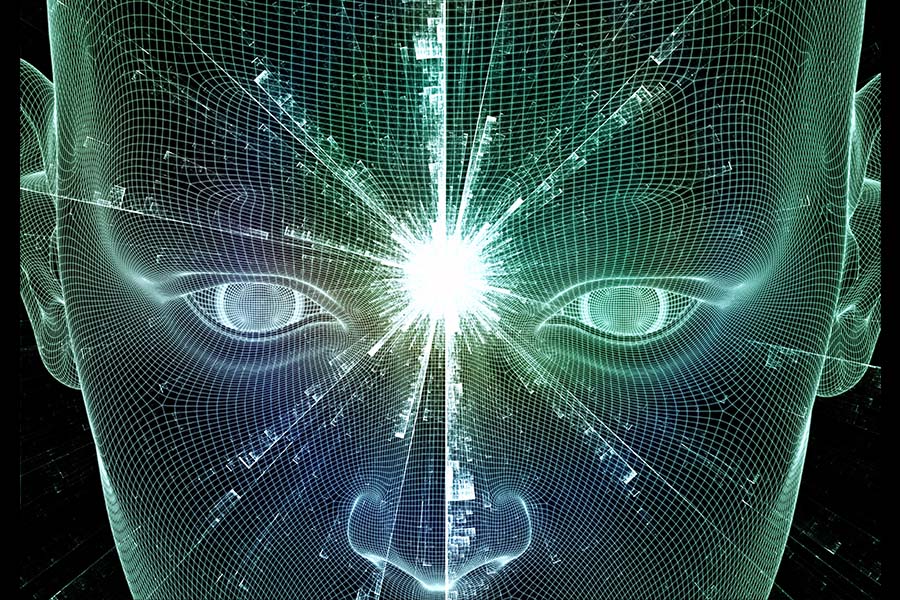 As the war of Mahabharath loomed, the warrior Arjuna lamented, “The mind is restless, turbulent, obstinate and very strong; the mind is more difficult to control than the wind.” He realized that the brawl within was a greater challenge than the battle without.

Some years ago, while traveling by train from Mumbai to Bengaluru I struck upon an insight – in dramatic style – into the behavior of the enigmatic mind. The drama began when I spotted the railway conductor cross-checking tickets of passengers at the far end of my bogie. Anticipating his arrival, I reached out to my backpack’s side pocket where I thought I had kept my travel ticket.

Gosh, the ticket wasn’t there!

Had I kept it elsewhere? Had I lost it? I got restless. Hoping against hope, I rummaged my entire backpack. With my saffron clothing, spiritual books and gadgets scattering all over, the scene got turbulent. Even as my search turned fruitless, I grew in obstinacy and strength. I was desperate.

When the conductor reached my berth, he sized up the situation. And before I could even utter a word, he said sternly, “I will let you go this time. But in the future, please carry your train ticket with more care.” Then he walked away.

I sat back on my seat and reflected, “A few minutes ago I was so restless, turbulent, obstinate, and robust. And the warrior Arjuna ascribed those very symptoms to the mind.”

Except when we are in a state of deep sleep, the mind behaves exactly like someone who’s on a desperate search. At a subconscious level, the mind seems to be constantly searching for something.

What is the mind searching for? For an answer let’s turn to an experiment conducted at Harvard on the rate of mind wandering. When 22 routine activities were analyzed – taking a shower, brushing teeth, working, exercising, etc. – it was found that people’s mind wandered the least while having sex. What does that mean? The mind is constantly wandering – searching for happiness and pleasure. And when it finds it, it stops, just as the person on a desperate search calms down after finding what she was searching for. So, as it turns out, our mind automatically gets calm and controlled when we are happy.

Pleasures do calm the mind, but sensual pleasures are unreliable for that purpose. Why? Because mundane gratifications follow the law of diminishing marginal utility. For example, consuming one candy bar may satisfy our sweet tooth.  If a second candy bar is consumed, the satisfaction of eating that second bar will be less than the satisfaction gained from eating the first. If a third is eaten, the satisfaction will be even less. And every time that the mind finds less satisfaction than expected, the more it grows restless, just as I grew restless on my train journey when I didn’t find the ticket at the expected place. Restlessness then leads to turbulence and other symptoms. Eventually, the mind may end up worse off than before.

The Vedas recommend mantras for mind control. And the most powerful of mantras take the exact same approach we have been discussing. They pacify the mind by giving it an experience of ananda, spiritual bliss. Take for example the Maha-Mantra Hare Krishna Hare Krishna Krishna Krishna Hare Hare; Hare Rama Hare Rama Rama Rama Hare Hare. ‘Krishna’ literally means ‘God, who is all-attractive’; and ‘Rama’ means ‘God, the source of all pleasure’. So the Maha-Mantra acts by attracting the mind and giving it an experience of spiritual pleasure; the mind inadvertently gets controlled. All you have to do is hear the sound of the mantra as you chant or sing it. And unlike sensual pleasures, the spiritual satisfaction from chanting mantras only increases when we chant more.

The chanting of the holy names expands the blissful ocean of transcendental life. It gives a cooling effect to everyone and enables one to taste full nectar at every step. – Sri Chaitanya Sikshashtakam

To conclude, the formidable mind-problem that Arjuna presented 5000 years ago has a happy ending – provided that we look for spiritual happiness from the very beginning.

Enjoyed this Reflection? We mail-out whenever they are published.